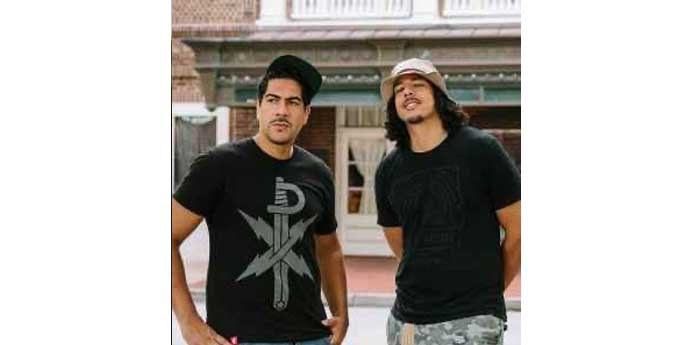 Founded in 1997, Hazakim (Hebrew for "strong ones") consists of emcees/producers, Michael and Anthony, who also happen to be blood brothers. Due to an upbringing in the Messianic Jewish movement, as well as multicultural roots which include Jewish ancestry, their sound possesses a trademark Hebrew influence which sets them apart from other hip-hop artists. By applying as their motto the charge of Rav Sha’ul (Paul) in II Timothy 4:2, "preach the Word, be urgent in season and out of season; convince, rebuke, and exhort - be unfailing in patience and in teaching", using the medium of hip-hop culture and through the scriptures they strive to: -Convince the non-believer of the Messiahship of Jesus and their need for Him as Redeemer and Lord. -Encourage and admonish the believer to trust the Word of God in faith and knowledge. -Adhere to and teach the sound doctrine which was taught by the Lord and his disciples. Blending hip-hop and apologetics (an explanation or defense of the Biblical faith) they present what they call "Hip-Hologetics".

This was also the title of their freshman release which sold tremendously well as an independent effort without national distribution. The success of "Hip-Hologetics" earned the duo several awards and allowed them to travel across the U.S. spreading the good news of Jesus the Messiah. Several songs from "Hip-Hologetics" were heard all over the world via radio, internet downloads and radio stations. From their fresh vocal delivery to their poignant lyrical content and their soulfully creative production; by God’s grace, Hazakim has been in the lab perfecting their craft and are hard at work to bring you more Hip-Hologetics!

They have devoted their gift of poetry to the Lord, making Him the focus of every rhyme. Through the power and sovereignty of God, they strive to be teachers and ministers - an effective evangelistic voice to this generation. Amazingly, they have seen the Lord use this ministry awesomely in leading the lost - Jew and gentile, young and old - to the Messiah. After all, it is not the method, but the message in which lies the power. As spoken by Anthony of Hazakim in a recent interview, "…We believe that the Lord has big things in store for Hazakim, to His glory." So be it!